in Altcoin News, CoinGape, Crypto News, DOT Price Rally, DOTBIDR, dotbnb, dotbtc, DOTBUSD, doteth, DOTEUr, DOTKRW, dotusd, dotusdt, DOTUSDTPERP, DOTUST, DOTXBT, News, Poilkadot Parachain Auctions
Home Crypto News Altcoin News
This article is added for educational purpose only. All credit goes to the respected author of this article. All In One Crypto App do not hold any liabilities of this article. You can get the source link at the end of the article content.

Polkadot (DOT) continues its rally further gaining Another 6% in the last 24 hours and moving closer to $45. As of press time, DOT is trading at 4.83% up at a price of $43.57 and a market cap of $43.02 billion. The DOT price has gained more than 30% in the last three days after Polkadot announced that it is ready for the parachain launch.

On-chain data provide Santiment reports that following the recent price rally, the euphoria around DOT has skyrocketed significantly as Polkadot (DOT) sets its eye for a new all-time high above $49.25. With this recent price rally, DOT has broken away from the broader altcoin space that has been consolidating for a while now.

Referendum 39 is currently up for a community vote, if passed it will schedule the first auction to take place on November 11, 2021 [a little over 26 days]. Reminder for those wishing to take part in auctions, the unbonding period on Polkadot is 28 days.

The official page states that parachains will connect with the Polkadot blockchain by leasing a slot with the Relay Chain for 96 weeks at a time. All the parachain slots shall be assigned through an on-chain auction. The winners of these slots shall be locked un in a bond in DOT for the leasing period.

This development is likely to further incentivize more players to land on the Polkadot blockchain while gaining broader community support. The Polkadot parachains have been long sought by the market and will exponentially increase the scalability of the platform giving rival Ethereum a tough fight. 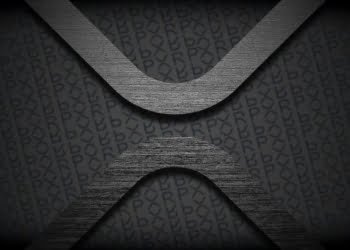 Bitcoin Price Rise From the Ashes! Why Should You Buy BTC Below $53K?