Is The Alt-Season Now Postponed To The First Quarter Of 2022? The post Is The Alt-Season Now Postponed To The First Quarter Of 2022? appeared first on Coinpedia – Fintech & Cryptocurreny News Media| Crypto Guide

The residents of the crypto town have been anxiously waiting to board the flight for the altseason. The much-talked altseason is being delayed, as the star crypto is yet to chug ahead towards its 6-digit valuation. Meanwhile, the dominance of Bitcoin is at 38.6%, while that of Ethereum is at 20.0%.

The protagonist from the crypto industry expects the altseason to commence by the first quarter of 2021. Which the traders and hodlers have been anxiously waiting for since several buyers have bought the dip. Moreover, the delay in digital assets rebounding from the market corrections has left enthusiasts skeptical over the time frame of the altseason.

Is The Altseason Now Under Bear’s Control?

The protagonist from the crypto industry expects the altseason to be explosive. Which should commence by the first quarter of 2022, provided that history repeats the cycles. As previously mentioned the dominance of Bitcoin is at 38.6%, losing out its threshold at 40%. Meanwhile, the dominance of Ethereum is at 20.0%.

Consecutively, sections are anticipating an altseason to commence shortly, owing to the diminishing strength of Bitcoin dominance. However, altcoins might not run until BTC finishes its own leg-up. As the market cycles have been likewise previously. On the contrary, netizens have been pondering over the possibility of bears manipulating the lengthening market cycle.

The crypto analyst expects the next major peak to arrive by the first quarter of 2022, following consolidations mid-way. From the charts, it is evident that BTC price has spiked in two intervals. If the star crypto follows similar tracks, we can expect the altseason to commence post the Bitcoin price topping its highs in the Q1 of 2022.

Collectively, the strength of altcoins has been raging ahead of the statistics from the past. It is now known to the masses that the purchasing power of ETH against Bitcoin is depleting at a drastic rate. Which hints at the rise in the dominance of Ethereum and altcoins in general. 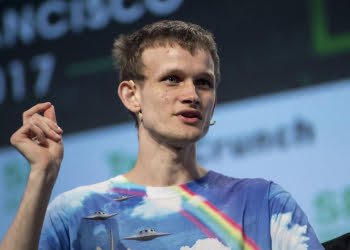