A Look At Bitcoin And Biases: Price 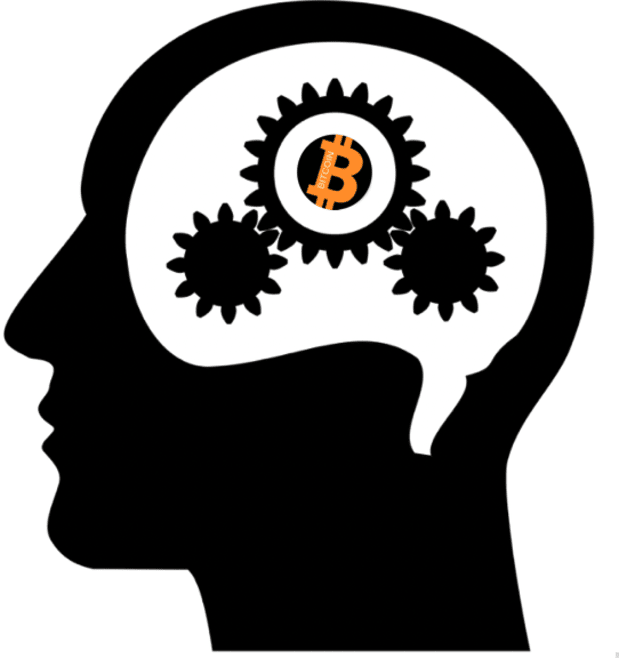 There are several forms of bias to examine when it comes to understanding bitcoin and its price.

You try to have the Bitcoin conversation. All you hear back is fear, uncertainty or doubt (FUD). You try to explain Bitcoin and their eyes glaze over. Often no-coiners or alt-coiners just don’t want to hear about Bitcoin.

Let’s try to understand by looking into the cognitive biases that enable the FUD and noise . Once these are understood, we can try de-biasing instead.

We define cognitive bias as, “a systematic pattern of deviation from norm or rationality in judgment. Individuals create their own “subjective reality” from their perception of the input. An individual’s construction of reality, not the objective input, may dictate their behavior in the worl​d.”

In short, our judgement is often not accurate in predictable ways.

To understand the systematic errors in people’s Bitcoin judgements, let’s start by looking at four biases around bitcoin’s price.

“Bitcoin is too volatile!” When Bitcoin’s price changes by more than a fraction, every news source has an article, often with a language of hysterics. You cannot hide from the availability of that information.

This is availability bias, “the ​human tendency to think that examples of things that come readily to mind are more representative (of truth) than is actually the case​.”

Bitcoin can be volatile when looking at a short timeframe, but bitcoin has a steadily increasing price over time. “Buy and Hold” is the standard advice with regards to the stock market. Do the same with Bitcoin; buy and hold. Or, as Bitcoiners are fond of saying: Hodl. Because “Number go up” over the long term.

​Next up is unit bias​, “the concept that buyers are more enticed to buy a whole ​unit​ of a given currency instead of a fractional quantity.” Many people think they need to buy a whole bitcoin. They don’t know that the smallest unit of bitcoin is not 1 BTC; it’s 1 “satoshi” (“sat” for short).

We can similarly say:

Buying 0.00034500 BTC seems like a paltry, pointless amount because of unit bias. To de-bias the unit bias, simply focus on the smaller unit. Denominating it as buying 34,500 sats is much more enticing, even though this is the exact same amount of bitcoin! People should first aspire to become a sat millionaire (0.01 BTC) and then set their sights on maybe someday accumulating enough sats until they hold a whole bitcoin. There’s no need to view your holdings in tiny fractions of BTC. Just stack sats!

Looking at the recent price of Bitcoin, it’s easy to anchor on that price and think “It’s too late, the price is too high. I should have bought it five or 10 years ago.”

The anchoring bias is when “an individual’s decisions are influenced by a particular reference point or ‘anchor’.”

This trajectory actually demonstrates one way to de-bias the anchoring bias. Zoom out and choose a different anchor. You can also talk to more people to get a different perspective and anchor on a different number. Or you can also look across other similar areas and see that your anchoring number should not be an inhibitor. If you look at the stock market, was it too late to buy when the Dow was at 15,000? If bitcoin goes to $100,000, was it “too late” to buy bitcoin at $50,000?

Hindsight Bias Or “We Knew This All Along”

Next up is hindsight bias, “the common tendency for people to perceive past events as having been more predictable than they actually were.”

Hindsight bias is one bias that all current Bitcoiners would like to experience about bitcoin’s price! No need to de-bias.

Let’s All Lead People Past the FUD

We’ve only looked at one set of biases around one area of bitcoin: price. Other areas to explore include biases such as authority, reactive devaluation and in-group or conformity biases with respect to high profile political, business and financial figures’ view of bitcoin.

We can also look at the availability and recency bias around the often unfactual focus on the “E”in the ESG (Environmental, Social, Governance) narrative, even though bitcoin also has huge “S” and “G” benefits. Yet another area is biases around ambiguity and functional fixedness, which affect thinking around the varied functions and utility of Bitcoin.

Most of the erroneous critiques about Bitcoin stem from biases and noise.

Understanding the bitcoin biases and what we can do to de-bias them is a road to better understanding, further adoption of Bitcoin and the better world we Bitcoiners think that will enable.

This is a guest post by Heidi Porter. Opinions expressed are entirely their own and do not necessarily reflect those of BTC, Inc. or Bitcoin Magazine.