Led by the famous venture capital firm, Andreessen Horowitz, Sky Mavis studio, the creators of Axie Infinity recently raised 152 million USD in a Series B round. The move reinforced Axie Infinity as the largest NFT project by trading volume.

Last week’s launch of AXS staking functionality, unlocks new rewards to users that lock up their AXS within the network, followed by a 60 million USD worth of AXS to early AXS players. Early Investors in the Series A round, like Cuban and Ohanian, gave social proof to Axie Infinity’s play to earn a model, creating awareness and drawing in new talent.

New plans to enhance and expand Axie Infinity such as free starter monsters, land-based gameplay, and a new battle system, and developing a decentralized exchange on the Ronin side-chain will draw in more enthusiasm and interest into the Axie Infinity ecosystem.

Let’s dive into the charts analyzing possible trend reversal, or continuation of the AXS token, this time starting from the weekly time frame, and down to the 4HR time frame. 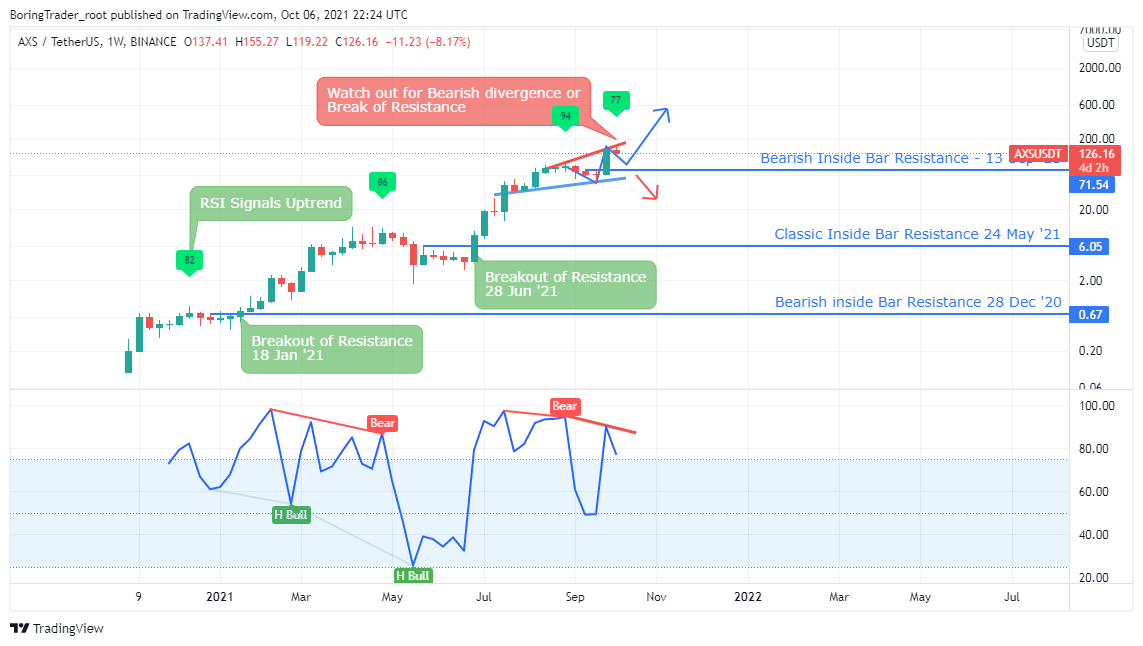 The above weekly chart of the AXSUSDT shows massive demand for the AXS token as the RSI [4] continues to trade above the level-25 after closing above it on 07 ’20 for an incredible 31000% price rally.

Although the bearish divergence may likely shake off weak hands, a price close above the divergence resistance of $155.27 would set the ball rolling for new price discovery. 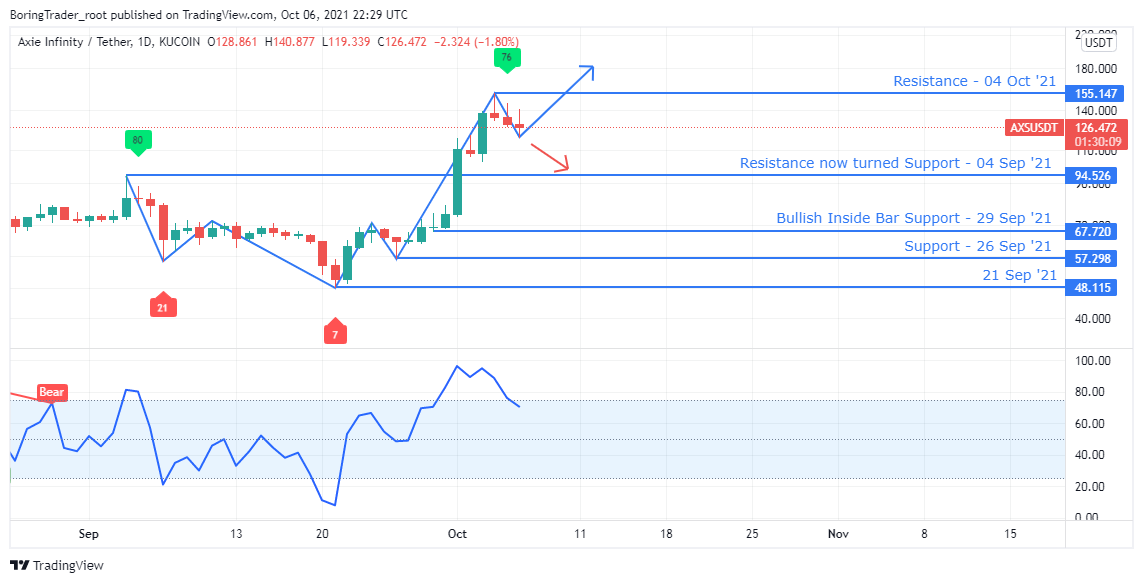 An exit of the RSI oversold area confirms the bottoming [21 Sep ‘21] for the weekly trend. 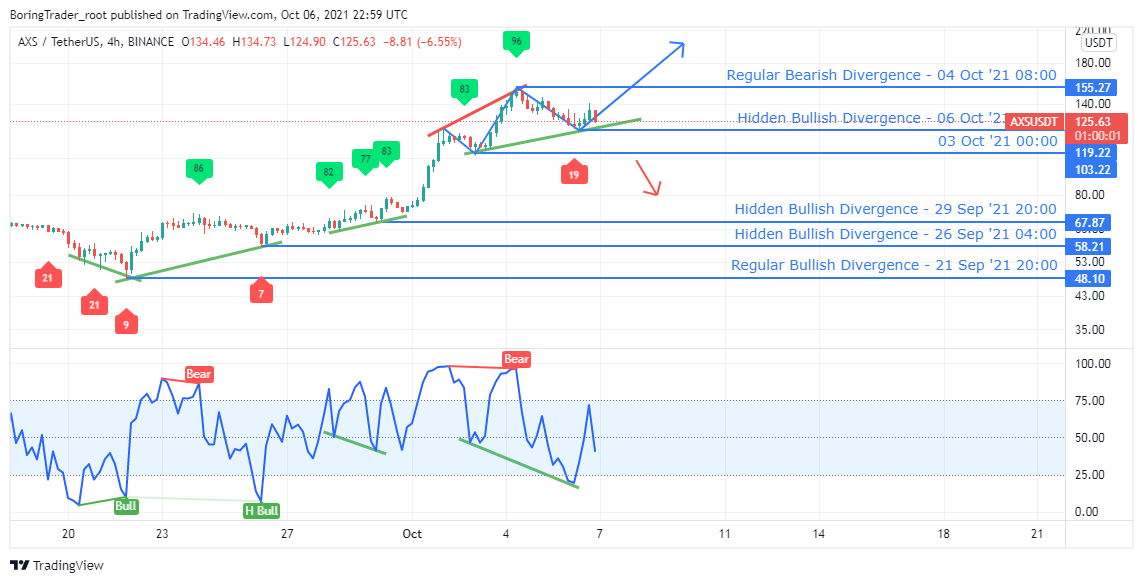 Similar to the weekly time frame, the 4HR time frame shows the AXSUSDT exchange rate in a bullish expanding channel, formed by a bearish and bullish divergence.

The current chart structure suggests trend continuation and a new all-time high comes for the AXSUSDT.

Conversely, if the AXS price breaks below the $119.22 support, we may see a prolonged short-term price correction on the 4HR time frame where the $67.87 support could be the likely stop.

Bulls could dollar cost average into the price correction if the bearish scenario plays out.