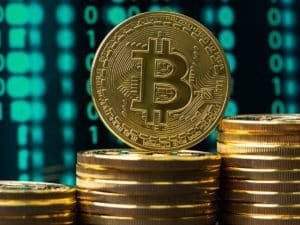 Bitcoin (BTC) price leaped by approximately $4,756 on November 29 rising to brush shoulders with $59,000 for the fist time since losing this support last week. The uptick was triggered by the disclosure by MicroStrategy that they had added more BTC to their reserves. Although Bitcoin price analysis reveals that it has since recoiled towards the $57,000 support wall.

MicroStrategy, the business intelligence firm that became the trendsetter Institutional Bitcoin (BTC) adoption has purchased 7,002 more BTC . Michael Saylor, the CEO of the firm revealed in a Tweet that they invested over $414 million and bought the latest batch of BTC at an average price of $59,187. The latest acquisition brings their number of Bitcoins in their treasury to $ 121,044 BTC acquired for approximately $3.57 billion at an average price of roughly $29,534 per Bitcoin.

As a leader in Bitcoin adoption, MicroStrategy not only “hodls” thousands of Bitcoins but also encourages and motivates other institutions and publicly listed companies to add BTC o their balance sheets.

Carrying out Bitcoin price analysis using the price action as displayed on the four-hour chart reveals that BTC/USD has formed a falling wedge. The BTC price is at $57,160 and must rise above the resistance line to rekindle hopes of an upward movement. A decisive bullish breakout will be achieved once Bitcoin price rises above the 100-period Simple Movign Average (SMA) at $57,769.

However, as things appear, BTC appears to be consolidating above the 50 SMA as validated by then flattening out of the Relative Strength Index (RSI) indicator. The Movign Average Convergence Divergence (MACD) indicator is also flattening close to the zero line, adding credence to the consolidation.

Should Bitcoin move to favor the bears, it will have to close below the immediate support provided by the $57,000 psychological level. If this happens, the big crypto may drop towards the  SMA at $56,550. A drop further could see BTC drop to reach the target of the falling wedge at $52,610, embraced by the wedge’s support line.

In the meantime, investors are advised to do their own Bitcoin price analysis keeping in mind the pointers made here before making a move.