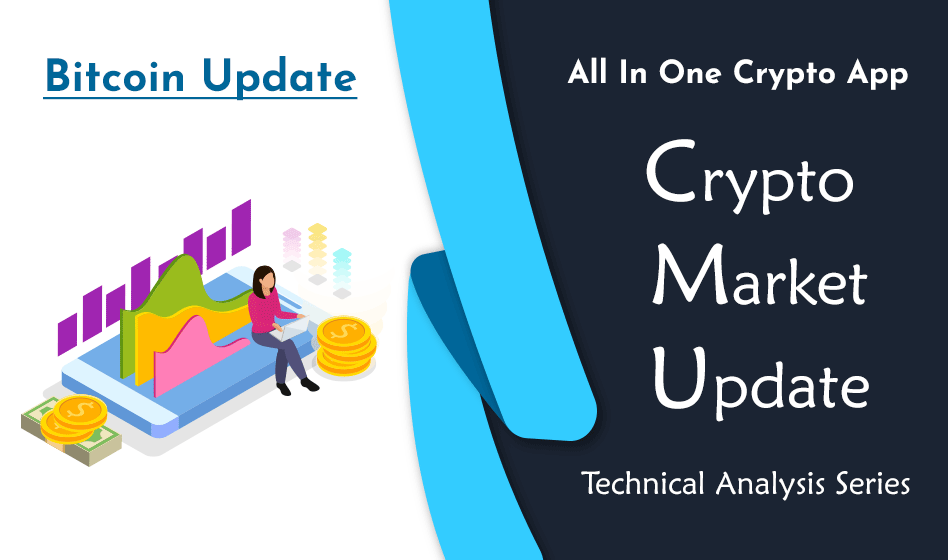 Yesterday was the biggest red day of the current bull market of the cryptocurrency. We have seen so many coins drop at 20-30% in a matter of time. People talked about Bitcoin going to touch the 20k again and 25k again, but I stayed bullish because of the market cycle.

What is Market cycle?

To explain the nature of the market cycle, I would request you to look at the image I attached below.

Let’s start from March 2020 where CORONA started spreading all across the globe. At that time BTC hit major dump, or I would say the last dump of the last bear market. After that steadily Bitcoin started to grow up and touched the previous level, which is at $80xx. At that point, BTC dumped for a major correction and holding 0.236 Fib level.

After that, BTC again started to grow and touched the 10.5xx level, which was acted as great resistance and bitcoin price was in the consolidation at that time. After the consolidation bitcoin was exhausted and dumped from the $10.5xx level to 0.618 pocket zone or golden zone. In history, whenever the assets retrace to the golden zone, there is a great chance to grow more upside.

The third cycle in which we finally announce Bitcoin bull run is here.  Every day bitcoin was growing up and with last quarter of 2020 Bitcoin finally, touch the $18k level, but before moving further, there was again retracement at a 0.236 level. In the same quarter, we have seen so many bullish news and adoption of Bitcoin or I would say institutional investors are involved in the market by stating that Bitcoin is an asset just like Gold, and Silver.

I don’t want to say more words for this time period because you can read my previous posts here in this blog. I have mentioned every possible move correctly in every post. I have provided every information about BITCOIN whenever there was a small panic sentiment I feel in our Telegram Group @allinonecryptoapp

Let’s back to the chart. Look at the last 30 days in which there were many retracement moves was happened. At that time you were not worried because the retracement level was at around 0.236 Fib level. Still, this time you are screaming in a panic because Bitcoin retraces the max level which is 0.786 Fib. But the positive side finally closes the daily candle above the level of 0.5 Fib, indicating strong buying has happened before the closing of yesterday’s candle.

To conclude it, You can see how the price will follow the cycle. In any market, there is no chance for price to go straight to the max level. Obviously, there will be some up and down and this called market structure. Instead of panicking, you should learn how to adopt such a situation and act accordingly.

The most important factor in the current market is staying away from negative people, or I would say panic people who started screaming about it without having the proper knowledge. Instead of believing them, start your own analysis. Look at the chart and think about why it is dumping. Is there any FUD or any reason behind it? Once you ask such a question, you will not panic at all and consider the fact.

My students know what the importance of Fact (Follow the fact) in trading is. If you want to learn about the psychology of trading, then DM me for group coaching. @digiwhale

Kindly share the article with your crypto friends if you really think this is very useful in trading. 💘